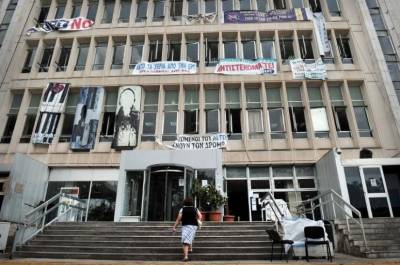 Greek National Television ERT occupied since June by journalists dismissed after the brutal government’s decision to close ERT , considered too expensive in Greece in crisis.

The last minutes of the public Radio broadcast before the riot police invasion at ΕRT, while journalist Nikos Tsimbidas is surrounded by riot policemen inside the studio:

On November 7, 2013 at 4:20 in the morning (local time) the riot police invaded in the headquarters of the Greek public tv and radio (ERT) in Athens, a building that was taken over οn June 11, 2013 by the workers and operated in a self-organised way when all 2.656 of them were left jobless in just one day.

A lot of people that gathered outside the building in solidarity were attacked with asphyxiating gas at 6 in the morning.

There is an urgent call for solidarity outside the building where hundreds of people have already gathered in solidarity. 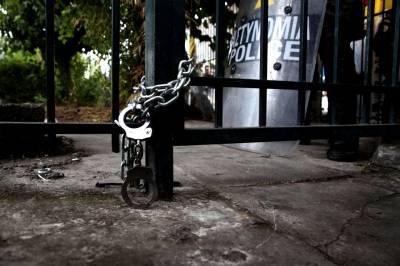 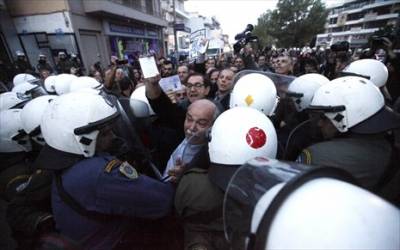 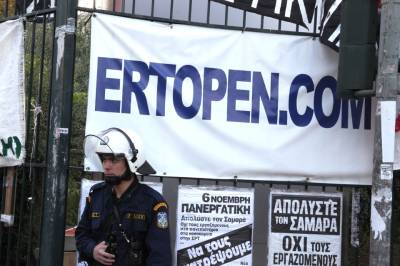 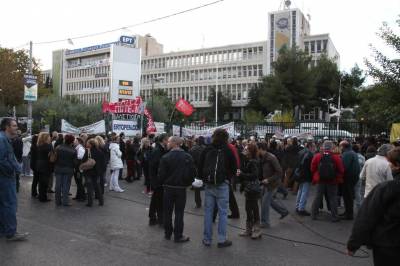 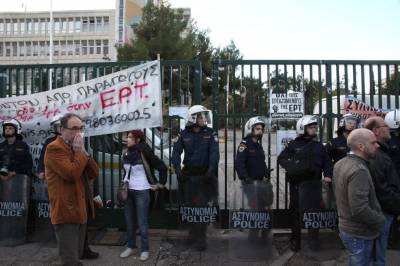 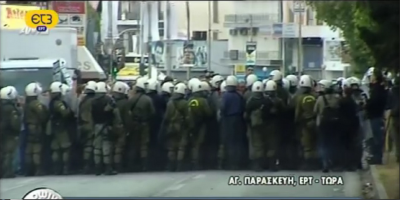 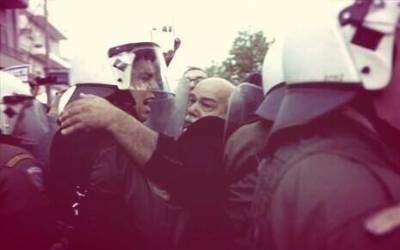 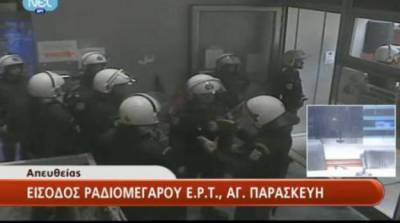