omniatv english
Hunger strikes, prison imagery and the transformation of the penal system in Greece
ΚΟΙΝΟΠΟΙΗΣΗ

Greece’s Minister of Justice, Nicos Paraskevopoulos has been using the media in order to inform the public of his views for a better and fairer justice system. It’s also noteworthy that the minister quickly responded and fulfilled the demands of prisoners for medical staff on site, when a protest broke in Domokos Penitentiary after an inmate who was denied healthcare eventually went into cardiac arrest. Although his proposed reforms, such as the abolition of the supermax facility referred to as ”Greek Guantanamo” can improve the current conditions of detention, racist and discriminatory practices that have consolidated in the country through the years, constitute insurmountable impediments to the transformation of the penal system. The ongoing hunger strike in St. Stephanos prison as well as the hunger and medications strike that lasted three days in Korydallos prison hospital, illustrate the injustice suffered by vulnerable and marginalized populations in prison: the ill and the immigrants.

Twenty-six prisoners in St. Stephanos Prison have been on hunger strike for the past nine days. The inmates are non-nationals who have completed their sentences but still remain incarcerated unlawfully. A letter co-signed by 49 prison guards of St. Stephanos Prison was sent to the Ministry of Justice and appeared in Patras Times in an effort to publicly call on local Syriza MPs to take action against this injustice. ”Their only fault is that they have darker skin”, they wrote, concluding that their ongoing incarceration is unjustified and racially motivated. The prison manager declined the request of the hunger-strikers for a meeting and instructed the prison guards to force them back into their cells ”in a good or in a bad way”. Prison guards stated they had to follow orders despite being shown the official release documents by the tearful prisoners. As Europe becomes increasingly hostile to immigrants, not only their rights and agency have diminished but public servants dealing with immigrant populations seem to take advantage of this situation and act in an unlawful manner while representing the state.

The letter listed a number of issues that affect both prisoners and prison staff. St. Stephanos is an overpopulated facility where cells with a capacity for six individuals currently house up to fourteen inmates. There is shortage of prison staff resulting in employees not having had any time off work for two -three years in a row, while lack of public funding for maintaining the prison bus means that prison staff must pay for petrol themselves. Prison guards asked for the removal of the hunger-strikers, their deportation or transfer to an open prison farm, the decongestion of the prison, an increase in prison staff, hiring resident doctors and funding for the prison bus.

The Prison Hospital St.Paul in Korydallos is notoriously known as Kolastirio which is the Greek word for hell and seems accurate enough to describe the unbearable suffering of 200 prisoners currently ”receiving care” in this facility. The ”Kolastirio” is probably the most severely deprived facility in the country and remains overpopulated, unhygeinic and understaffed. Despite a 43 day hunger strike that took place last year in Februray, a suicide attempt and an uprising that followed as well as a formal letter to request necessary improvements in October, the previous government remained indifferent. Since a patient attempted suicide last week by hanging himself, prisoners announced their intent for hunger and medications strike as a last resort to protest the inhumane conditions forced upon them.

As the Μinister of Justice announced his policy statement, declaring to ”prioritize the medical care of prisoners and to reinforce education” prisoners decided to temporarily call-off the strike. The decision to postpone a simultaneous hunger and medications strike is not bad, considering the serious health risks for patients living with chronic and life-threatening illnesses, such as cancer and H.I.V.. According to the Initiative of Prisoners Rights, seropositive patients are 131 individuals and comprise the majority of those incarcerated in Kolastirio. These patients remain constantly exposed to an extremely unhygeinic environment as well as the various illnesses of other prisoners in Kolastirio. Health checks before imprisonment are a rare event despite official regulations that prescribe them mandatory. As a result, an epidemic of hepatitis spread across the prison last year and even then, the previous government refused to create a strategy to eliminate contagion.

The prisoners published a significant number of images depicting the effect of deprivation on patients. The inmates appear crammed into rooms filled with make-shift beds and mattresses thrown around the dirty ground, as a result of a severe lack of available space and cleaning staff. These are the people forgotten by everyone: the ill, the needy, the ”criminal other”, a spectacle used by mainstream media to elicit fear and disgust at worst and sympathy and pity at best. 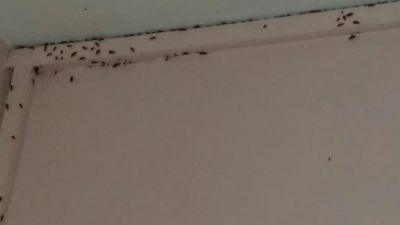 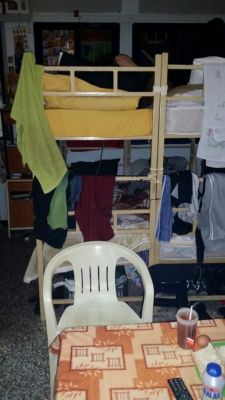 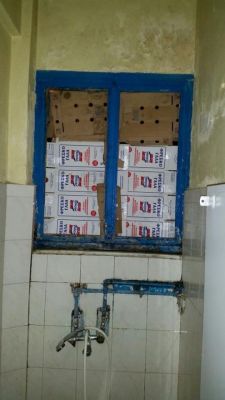 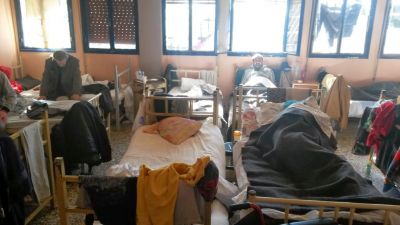 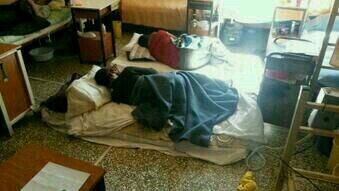 But, apart from the emotional fluctuations of the public on account of the cultural consumption of prison imagery, there is a point easily missed: the brutality of punishment exceedingly surpasses that of deprivation of freedom as it increasingly becomes entangled into a process of degradation and annihilation of the humanity of prisoners, an essential component for the construction of ”otherness” as a point of inferiority. This was evident in the lack of a collective mobilization during the 43-day hunger-strike last year. According to an anonymous source, a former prisoner and current activist I interviewed a few months ago, familiarity with these images through media over-exposure can normalize these inhumane conditions in the minds of spectators, causing them to internalize the conclusion that prisoners are undeserving of humane treatment. The media guides our perception of society and our identities in a perpetual attemp to maintain the current status-quo in world permeated by inequalities, obstructing us from seeing the process of imprisonment in reverse: that of collective victimization of prisoners by the capitalist state.

While prisons across the country are dealing with serious issues, some facilities can’t even afford food for prisoners, many Greeks have surrendered to a blissful illusion that the new coalition government of a radical left and a far-right party will manage to overcome these problems. But, implementing reform in a complicated infrastructure is not as simple as the passage of legislation: to transform the penal culture through redefinition of its purpose, to educate prison staff about this shift, to create new roles and responsibilities, to exert controls to ensure the correct application of change, to direct a continuous process of development, to allow researchers enter prisons and collect data (Korydallos was the least researcher-friendly facility I was told by a PhD candidate), to cleanse the prison system and indict individuals who perpetrated crimes against prisoners, such as negligence, torture, homicide and rape (including former minister Charalambos Athanasiou, members of the police force and prison guards) and to find ways to protect those incarcerated, allow them to grow from this experience and contribute to society, are complex tasks.

Concluding, I would like to quote Spyros Stratoulis, who underlined the importance of collective action as a means of prison reform: ”We must organize in and out of prisons in order to resist. Imprisonment is the strongest weapon used by the state to eradicate any possibility of resistance against injustice, to annihilate those who react and to intimidate people even more”. His views are more relevant now than ever.

This piece was written to commemorate the heroic 43-day hunger-strike that took place in Kolastirio last February and to raise awareness on the hunger and medication strikes that begun last week.This is to honour the spirit and determination of all fighters for prison reform and abolition, struggling in any way they can.

SOLIDARITY to the immigrant hunger strikers in St. Stephanos