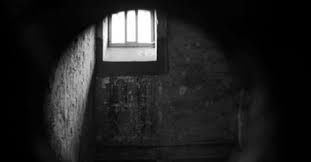 The combat against terrorism and organized crime was a mere excuse for the enforcement of the zero-tolerance doctrine, during the last thirteen years. The dismantlement of the 17N, in the summer of 2002, led to a series of counter-terror laws that infringe the right to a fair trial (terror-courts), penalize ideas and social struggles and abolish civil and political rights, while entire generations of citizens are constantly being targeted.

The counter-terror laws that have been voted in parliament in the last few years, aimed only at one thing: to initiate a witch hunt in the name of security. There are more than a few incidents, where case- files on terrorist or criminal organizations with unknown activities and membership status were constituted, resulting in the conviction of the accused to decades of incarceration, despite complete lack of evidence. Police records show that 419 criminal organizations were dismantled in 2014, 454 in 2013, 455 in 2012, 547 in 2011 and so on. The December uprising was penalized, with students being dragged to court as members of terrorist organizations that were allegedly created during the protests! Solidarity has been penalized with the arrest of the Turkish insurgent Erkan Tarouts, who was remanded only for showing solidarity to his comrades. People have been sentenced to decades of incarceration based on genetic material that was collected illegally and cannot constitute evidence of any illegal activity. The law against covering one’s face resulted in hundreds of arrests of protesters who faced felony charges on account of wearing hoodies. Moreover, with the imperative of ”feeling safe” they extended remand to 18 months , created type C prisons and institutionalized special regulations for those tried under law 187 and 187A to make the sentences to last longer.

We fully support this mobilization and stand in solidarity with the hunger strikers. Now is the time to instigate the debate on scaremongering that has become the hegemonic social discourse for the past decade. Now is the time to abolish the laws on criminal and terrorist organizations and all the aggravating factors. Besides, the effort to terrorize society as a whole is the only thing their creators have left. And we are all aware that they have completely failed in that as well.