The police in Greece deploys raids of contestable legality against refugees who have gathered in Eidomeni, Northern Greece, in order to cross the border to FYROM with final destination Western Europe.

According to an order issued on Friday by Elias Bolos, chief of police in Kilkis, the police appear to be indifferent to the crimes of robbery, violence and rape that refugees have been subjected to from the local mafia and dictates their return back to the country, depriving them of their right to free transportation since they are documented and forces them to walk back tens of kilometres in order to return to the borders. They are being described ”economic immigrants” in the order despite the fact that most of them come from  Syria and other warring nations.

The written order dictates: ”Considering the situation in Eidomeni-Kilkis, in the last 24 hours a large number of economic immigrants have gathered near the borderline in order to cross over to FYROM, but this is not feasible and in order to alleviate the existing situation we ask you to please act accordingly (…)using as much police force as possible. Get to Eidomenni and check the economic immigrants there. After verifying the legality of their residence status, they must board into the police service bus and get transferred between the borders of our district and Thessaloniki, in order to facilitate their return to the midlands”. 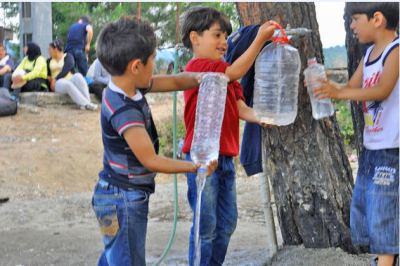 ”This order has no legal grounds. It blatantly violates the right of free movement of people who are staying legally within a country and become arrested without having commited a crime” stated Spyros  Koulocheris, delegate from the Greek Council for Eefugees.

According to information, approximately 100 refugees, most of which are Syrians were transferred using a police vehicle from Eidomeni to Evzonoi village on Friday and were detained in a warehouse with no light nor toilet. Efsyn communicated with the local police departments on the same day and they refuted the allegations. A while later, according to information obtained by our newspaper, the refugees were released.

Efsyn had tried to communicate with the political leadership of the Ministry of Citizens’ Protection unsuccessfully.

A day later, a high ranking official of the Ministry made the following statement:”What is going on, if this is what is actually going on, is not right. This issue is being investigated”.

This order deprives individuals who are in Greece legally of the right to freedom of movement, which constitutes a violation of national and international law.

Translated for OmniaTV by BlackCat

UPDATE: On Sunday the 28th of June at the buffer zone between Greece and FYROM indignant refugees from Syria were fighting for their rights. European journalists were threatened by FYROM policemen. Kornelia Krebs, an Austrian journalist of the Austrian State Radio reported that while she was shooting at the buffer zone a policeman tried to hit her with a glob. If her partner wasn’t there to save her, she would have suffered a serious injury. Also refugees have been assaulted and remain trapped at the borders for over four days. 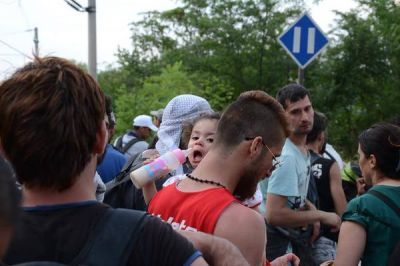 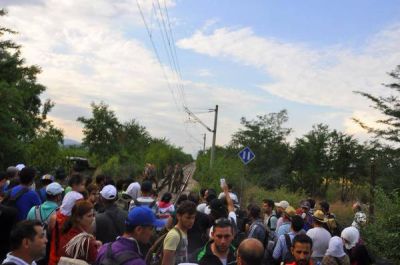 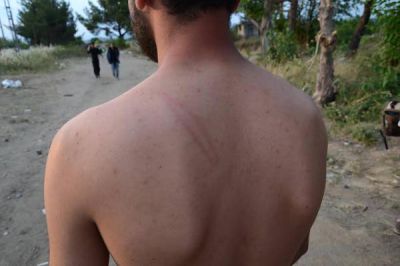