Police brutality spiralled out of control in Athens while most Greeks were celebrating the prevalence of NO (OXI) against further austerity measures that sank the country into poverty and despair the previous years.

During the past couple of days, even alternative media were keeping themselves busy with headlines rewarding the ”pride”, ”bravery” and ”resistance” of the people of Greece, an illusion that can only serve to boost the ego of the powerless who sooner or later will once again become subordinated by the global capitalist elites and their financial interests -unless they choose a more profoundly meaningful way of resistance through collective action.

This hype resulted in paying very little attention to the acts of police aggression that took place on the same night in the city centre of Athens. According to Omnia TV’s Lucas Stamellos, on the night of the 5th of July, riot police and officers in civilian clothing were provocatively driving up and down Exarcheia district in Athens in order to cause tension among local residents. Grassroots photographer @Kinimatini described how the constant policing of the area outraged locals who felt the need to uprise against these oppresive measures. Police attacked bystanders and locals with flashbang grendades and teargass which were met with molotov coctails by local residents. According to Dromographos, three people were badly assaulted by the police and eventually four people were under arrest. Although it was initially assumed that one of the arrestees was facing serious charges, but it was eventually found out that there are only four misdemeanour charges against her. The photographs attest that at least one person was severely injured as the victim is depicted lying on the ground unconscious. I have not been informed on the condition of the boy’s health but will be posting an update once more information is made available. 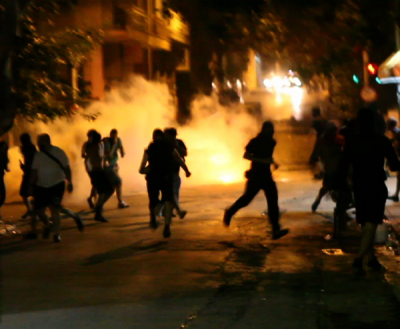 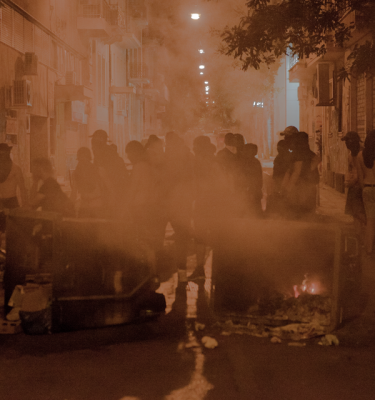 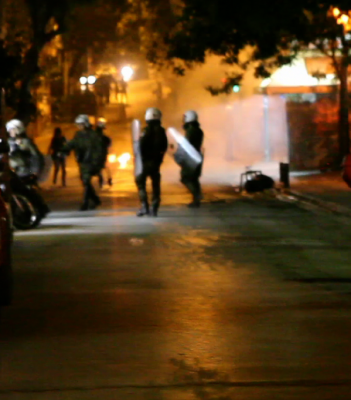 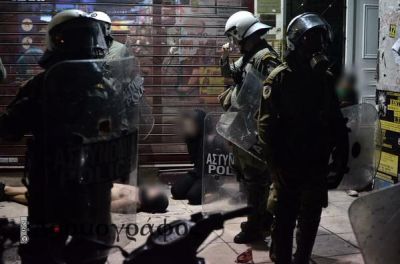 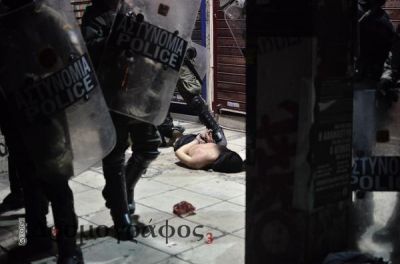 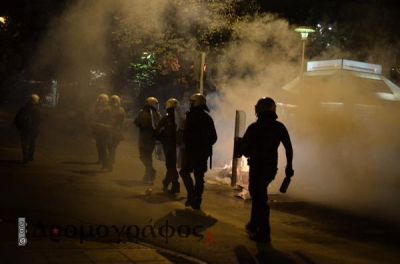 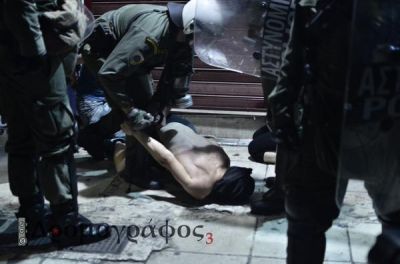 Student march in Athens: ”the city was filled with our slogans”