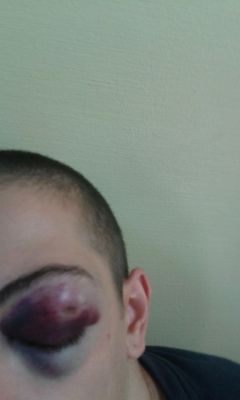 Arms broken by baton strikes, toes broken by a Delta Squad motorcycle sadistically being driven over a boy’s feet again and again, teeth broken by punches. These are the images described by three lawyers supporting last night’s nine arrestees who are being charged for an attack with molotov cocktails against the Exarcheia police department in Athens. They are all minors apart from two women and a 19 year-old.

”They were tortured after the arrests were made. They were tortured methodically and in ways that amount to felony charges. These were  strikes directed on the same spot repeatedly in order to cause bodily harm” said the lawyer Antonia Legaki. The 19 year-old who was right next to her at the time said ”I was on a side street in Exarcheia when I was approached by Delta Squad. They tackled me in order to arrest me, I was thrown on the ground and they started hitting my head with batons. On the way to the police department I was held in chokehold and while I was walking another officer was driving his motorcylce on my feet. I kept falling down and the one who held me was lifting me up and hitting me because I couldn’t bear the pain in my toes which were eventually broken”. 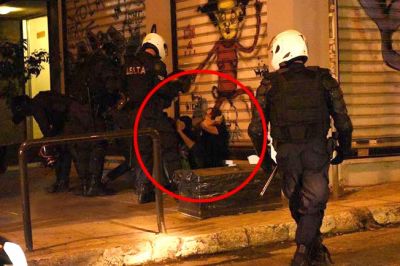 He was not the only one who was brutally tortured last night. ”There is a 14 year-old right in front of me who was restrained on the road by four police officers who hit his arms repeatedly with batons until those were broken” said Mrs Legaki. Then there was the 17 year-old with broken teeth. And another one who was punched until his facial features were deformed.

Some might say that the attack against the police department is what matters the most. But it’s not. Even if these were not arbitrary arrests, which has happened before in Exarcheia following an attack and even if the arrestees are eventually found guilty, the substance of last night’s events rests in what followed the arrests. The importance of this case lies in the fact that the police committed torture. And there is a civil authority allowing this torture to reign unpreventably.