omniatv english
”Free meals for all”: A first victory for the Occupied University of Rethymno
ΚΟΙΝΟΠΟΙΗΣΗ

As the university restaurant was shut down following the students’ occupation, a group of squatters intiated an intervention which managed to achieve the distribution of free meals to all students despite the institution being occupied. The following announcement was made by the students:

”There was an intervention at the HQ of the Gefsinous, a company that has exploited the catering of the university as well as many other cafeterias in higher and secondary education institutions on the island, for years. Students have often complained about this company.

Initially our intervention was a spontaneous reaction to the closing down of the university restaurant by the owner of the private company that runs it, under the pretext of the occupation, which started three days ago. Since the first day of the squat there was free food for everyone since there was an interference with the cash tills. The response of the exploiter was to close down the restaurant today at noon and inform all employees that they were not to receive any wages for as long as the occupation went on.

At about 13:30 approximately 70 students left the occupied university and headed to the HQ of the company asking to meet the owner. Since he was absent, the students went in through an open window and continued the intervention. The employees remained inside and continued to work throughout the intervention while the owner was notified and returned after half an hour. During the meeting he used ”losing money” as an excuse for closing the restaurant…

Ten minutes later local cops dressed in riot gear appeared along with higher ranking officials and security. Most people were outside and started chanting slogans against the police and in support of workers. A police officer started making threats about having them arrested but the only thing he achieved was to increase the intensity of the slogans forcing them to remove their vehicles and riot police down the road. Only security remained across the street from the company’s H.Q.

Later on two deans of the University came to discuss the issue with the owner and the students. Initially they only spoke with the cops and the owner since students refused to speak to anyone as long as there were riot cops in the area. As soon as the cops retracted the students met with the deans and the company’s owner who eventually agreed to leave the restaurant open for free meals while the building is still occupied. Moreover, the students insisted that all workers at the restaurant are paid in full for every day of work and declared that they will pay close attention in case the owner does not fulfill his responsibilities towards them.”

Photos from the intervention 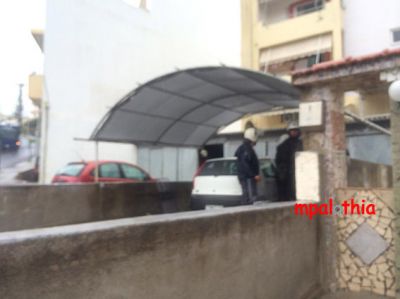 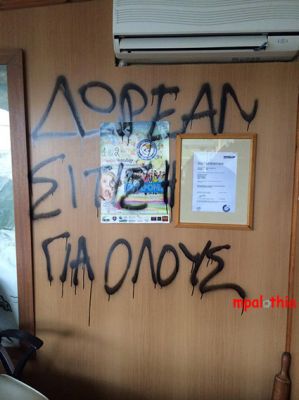 Source of photographs and announcement mpalothia

The demands of the students can be found here.

Greece: students explain why the University of Rethymno is occupied