Chios: Inhumane conditions of detention for refugees in VIAL


According to what representatives of various organizations witnessed at VIAL detention centre, the conditions are rapidly becoming worse. Within the detention centre there is absolutely no order and workers are waiting to be given instructions and clarifications from higher ranking officials. Detainees have been warehoused there since the 21st of March and were not provided any information nor has there been sufficient surveillance, despite the fact that these people are essentially prisoners since they are not allowed to exit the camp.

Twelve thousand people are essentially locked-up in an area where they have to find a place to sleep by themselves. Many are rough-sleepers who only managed to find some space outside the Registry since they were not housed within the miniature homes. Maybe things seem relatively relaxed during the day but in the afternoon all the members of organizations as well as the authorities leave the detention centre.

Only the police remain to guard the perimeter of the detention centre during the night and they declared that managing the space does not fall under their responsibilities. They are right since there is not availble legislation detailing the management of hot-spots. The government stated today that new bills will soon come into force to resolve the institutional problems caused by this chaotic situation but until then certain categories of refugees are facing danger.

Within the detention centre are families, vulnerable individuals such as women who travelled all by themselves and other vulnerable cases whose bodily integrity could be in danger during the night. Incidents of violence have already been recorded within the previous nights due to of lack food and available information.

The video from last night shows how rations are distributed in Vial. We see officials distributing meals to refugees through a hole cut around on the fence.

According to witnesses and available information VIAL is described as a ghetto within which things could easily get our of control very quickly.

Refugees suffer an illegal and abusive regime since they were not given any documents nor any decision regarding their deportation/detention was ever made and the present condition affects their safety and their lives. This cannot remain unnoticed and without the appropriate investigation… and ofcourse without asking the political officials, what do they think they are doing in VIAL?

Ritsona: Refugee families forced to live in the mud

Report by reader of Provo.gr

It’s not only families stranded in Eidomeni who suffer from these inhumane conditions. The greek state produces conditions previously encountered in Pedion Areos park across the country. This report from Ritsona was sent by a reader of provo.gr.

The number of people in Ritsona is currenly 800 and it is believed that this will soon increase to 1000. Currently there is no water, heating or power. There is only a power generator that provides enough electricity for light. They said they will look into it. Babies with respiratory conditions are placed next to barrels burning whatever material can be found in order to keep refugees warm… one can easily imagine the result of that. Volunteer doctors are very few. Today two children appeared to have lice. There are many babies held by people all the time because there are no beds or mattresses inside the tents. 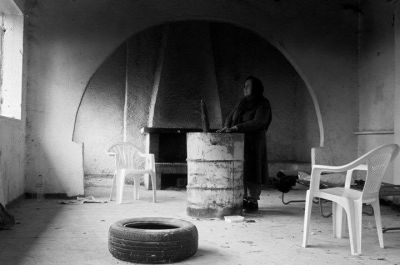 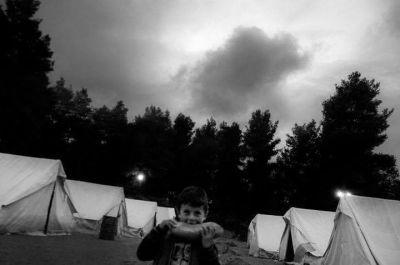 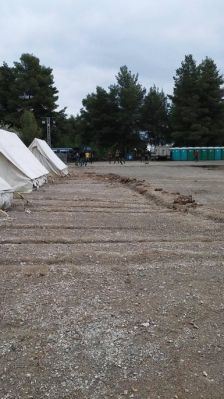 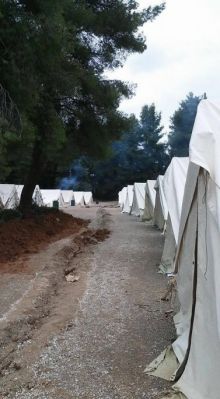 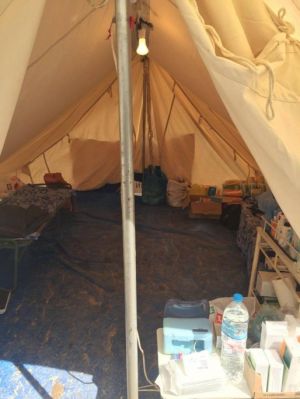 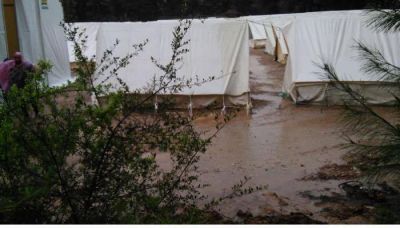 Chios: Inhumane conditions of detention for refugees in VIAL

Hey! these people are essentially prisoners since they are not allowed to exit the camp.