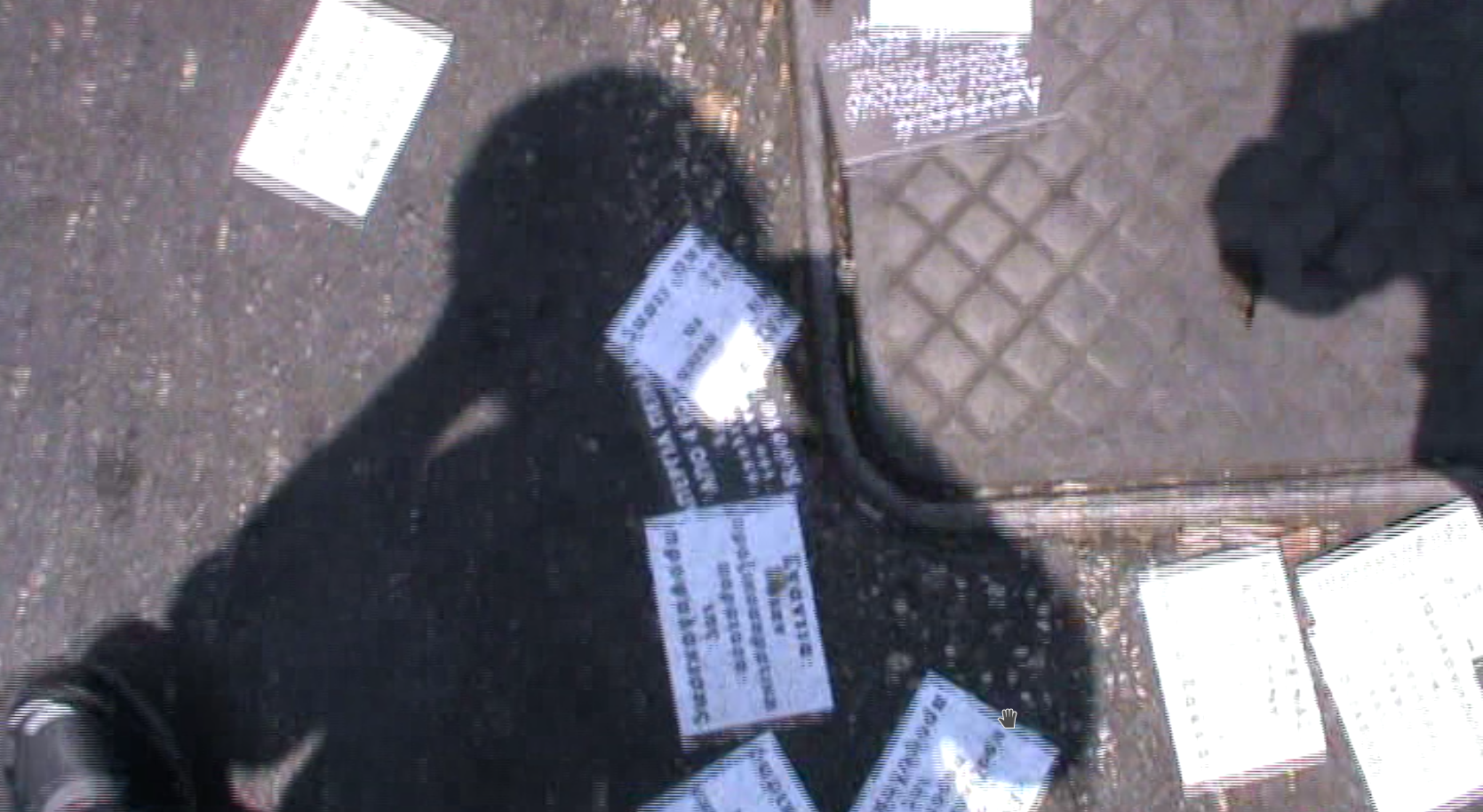 29 June 2013: Anarchist prisoner Kostas Sakkas is on hunger strike to protest the extension of his remand beyond the maximum legal duration. A solidarity march is scheduled to take place, beginning with a rally in Monastiraki Square.

On this very same day, on the outskirts of the rally, before the march can even begin, an altercation takes place between persons unknown and a navy cadet. The latter is beaten up inside the Bairaktaris restaurant where he had sought to hide. A few hours later, the man’s Golden Dawn supporter card, which was taken from him, is published on athens.indymedia.org.

Christos Bairamidis, a founding member of Omniatv, was present in Monastiraki in order to cover the demonstration. As soon as he realised that something unusual was happening, he moved closer to the altercation, filmed it and posted the video online. The twenty-second video was broadcast on virtually every TV evening news bulletin, where it was presented very simply as what it is: a journalist’s work.

Five years later, in March 2018, it was entirely by chance, through people who knew people who had a contact in a law firm, that omniatv found out about a case file for felonies, in which Christos and another person are accused of being “members of a group of forty people who conducted a series of robberies”, with additional charges for illegal weapon possession and more.

The case file dates back to 2015, two whole years after the facts described above. It lumps together the beating near Monastiraki with another event where Christos Bairamidis wasn’t even present, and involves him on the sole “basis” of the video he filmed as a journalist.

This “basis” was supplied by the testimony of a State Security policeman, who “discovered” the video “while browsing” YouTube and connected it with a  Facebook profile that he experienced the urge to look up. Another State Security policeman also connected this profile – again, “while browsing the web” – with the ID details collected from Christos when he was caught in a mass detention operation during another solidarity event for Kostas Sakkas on 10 July 2013. The latter policeman came forward spontaneously to testify on 12 July and brought along a screenshot of the Facebook profile.

In 2015, an arrest warrant was issued against Christos with the note “address unknown”, as the Exarchia precinct had been delivering the summons for testimony to an old address. In the meantime, Christos had rented a different flat perfectly officially, in his own name, and he had declared his new address to the tax department as well as on any and all other official documents. Furthermore, he was frequently present in the courts for news coverage.

The extreme zeal of the State Security policemen, who found “fortuitously”, “while browsing the internet”, the personal details of a person who simply filmed an event – an event that, incidentally, had to do with a Golden Dawn member – doesn’t feel  all that fortuitous all of a sudden.

A lawsuit against someone on the sole basis of the fact that he filmed a video as a journalist during a rally is an assault on the freedom of the press – especially when, under various circumstances, the police have expressed their discontent with coverage of their acts of brutality, and when, furthermore, the ties between high- and low-ranking members of Golden Dawn with policemen are well-documented.

The trial is scheduled to take place on Wednesday 9 May 2018.

Should you wish to contribute to Christos’s legal expenses, you may do so by Paypal:

or by contacting us at [email protected].