Silence! Do not speak. It’s a shame. Silence your voice. Hush!
If speech is silver, silence is golden.
The first words I heard as a child, whether I was crying, laughing, playing, they kept on telling me to “Be Silent!”
At school they taught me half the truth, and told me: “Why do you care? Be Silent!”
The first boy I fell in love was kissing me and was telling me:
“Don’t say a word about it and Be Silent!”
“Silence your voice and do not speak. Shut up”.
And that lasted till I was twenty years old.
The word of Authority against the silence of the Subordinate.
I was looking at the blood on the pavement and they were telling me “Why do you care?” “You’ll get into trouble, Be Silent.”
Later in my life my bosses were telling me “Don’t question orders. Pretend that you agree with them and Be Silent!”
I got married and had children and taught them to be Silent.
My husband was honest and hardworking and knew how to be Silent.
He had a wise mother, that was telling him to be “Be Silent.”
During leap years, neighbors were advising me:
“Do not get involved. Pretend you did not see a thing and Be Silent”
We may have not had any kind of great relationship between us,
but were however united by Silence. “Be Silent” one of them was saying, “Be Silent” the other was responding, “Be Silent” the people upstairs were saying, “Be Silent” the people underneath were saying. “Be Silent” throughout the whole building and around the whole square.”Be Silent” across the vertical and parallel streets.
We swallowed our tongues. We may have a mouth, but not a voice.
We joined the “Be Silent” club” that gathered many,
an entire city of great strength, but a mute one!
We achieved a lot and reached so high that they gave us medals.
And all so easy, just by being Silent.
What a great art that phrase “Be Silent” can be.
Teach it to your wife, teach it to your child, teach it to your mother in law. And when you feel the need to speak, forcefully remove your tongue out and Be Silent.Cut your tongue out and throw it to the dogs. It has become a useless body part, since you’re not using it correctly. By doing so, you will not have nightmares, guilt and doubts.
You will not be ashamed of your children
and you’ll save yourself from the trouble of talking,
you won’t have to speak and say “you are so right, I’m with you”.
Oh gosh! How much I wish I was able to speak!
And you will not speak, you’ll become a windbag,
you will be drooling instead of talking.
Cut out your tongue, immediately cut it out.
You don’t have any other choice.
Be mute. Since you will not speak, it’s better to dare it.
Cut out your tongue. At least be honest with yourself.
In my plans and in my dreams, between sobs and fits, I hold my tongue. Cause I fear that the moment will come, where I won’t be able to withhold this urge and I ‘ll burst out without fear, but full of hope. And every time my throat will be filled with just one phoneme,
with just one whisper, one stutter, one cry that tells me:
SPEAK!!! 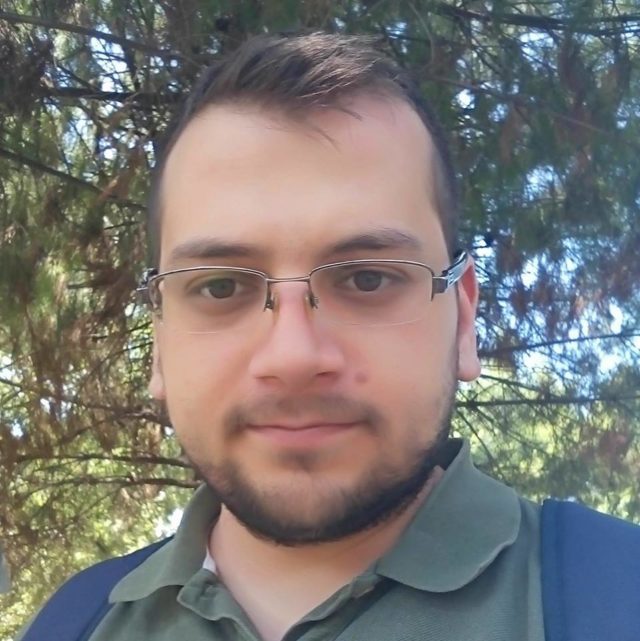